Home > About Us > History and Mission 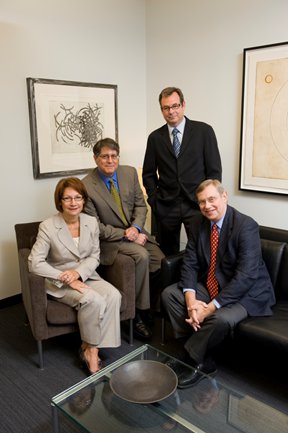 The origin of the Johns Hopkins Drug Discovery Program can be traced back to the NeuroTranslational Drug Discovery program, created in 2009 as an integral part of the Brain Science Institute under the leadership of Drs. Jack Griffin, Janice E. Clements, Richard Huganir, and Jeffrey Rothstein. The program was conceived with the mission of establishing a veteran drug discovery team from the pharmaceutical industry to work hand-in-hand with Hopkins faculty to translate new neuroscience discoveries into novel small molecule therapeutics.

A multidisciplinary team of scientists with significant industrial experience in drug discovery research (average of >15 years) was recruited for the program. Since inception, the drug discovery team has provided the Johns Hopkins neuroscience community with core expertise in medicinal chemistry, assay development and screening, drug metabolism and pharmacokinetics, and animal pharmacology/toxicology. The collaborative efforts have led to the launch of a number of new drug discovery projects with significant potential for impacting the lives of patients suffering from neurological disorders.

Given the program’s success in the CNS area, the leadership at Johns Hopkins Medicine decided to expand the program’s mission beyond CNS disorders, asking the team to take on Hopkins’ discoveries from all departments and therapeutic areas.  In 2015, the group was renamed “Johns Hopkins Drug Discovery” in light of the expanded therapeutic areas being pursued by the program. The Johns Hopkins Drug Discovery Program continues to work with the researchers across Johns Hopkins Medicine to research and develop tomorrow’s therapeutics for a wide range of human disorders including drug discovery projects in Oncology, Immunology, Neurology, Psychiatry, Ophthalmology, and Gastrointestinal disorders.